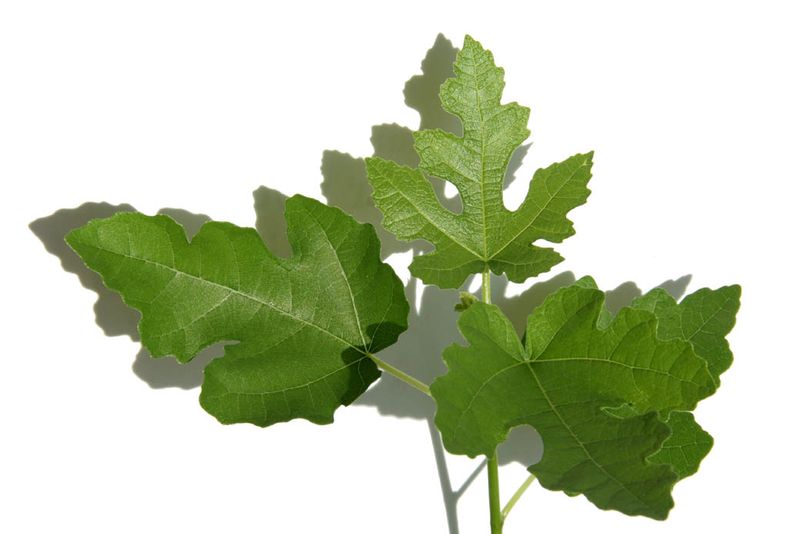 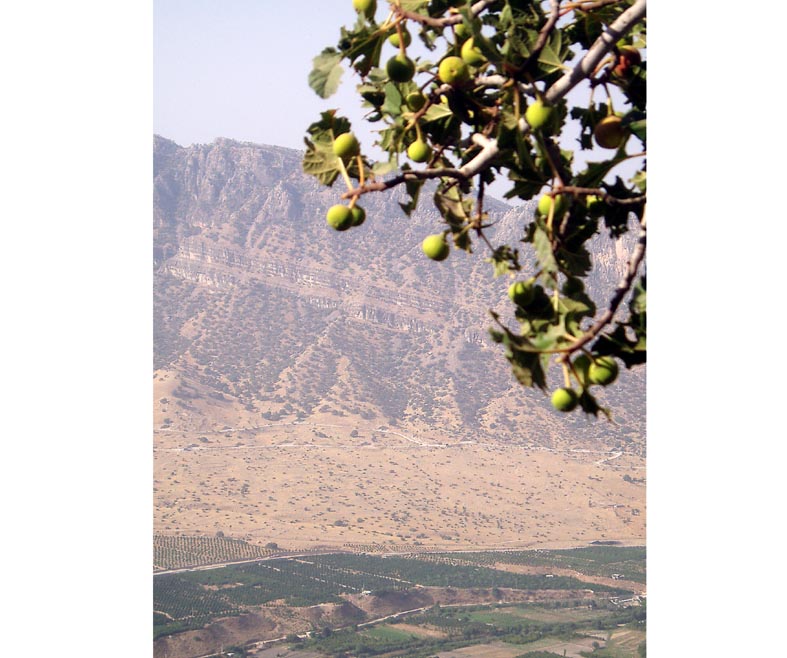 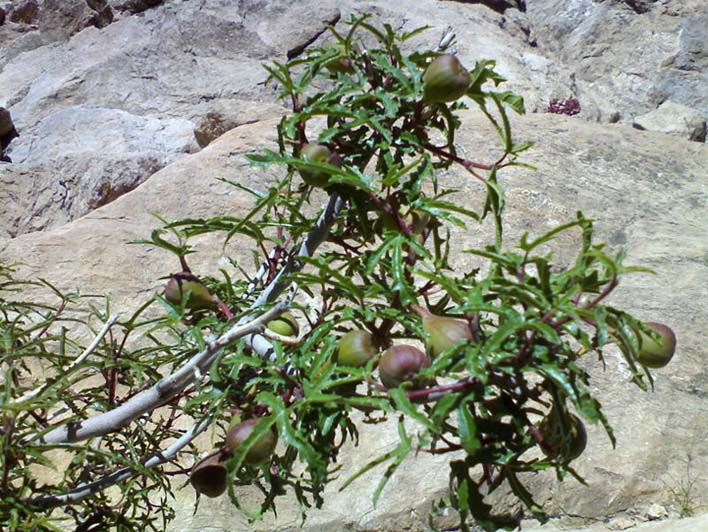 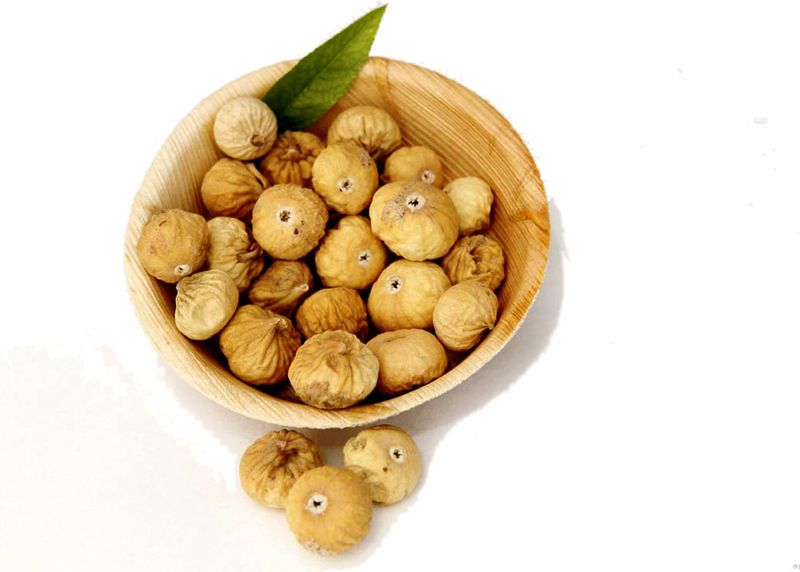 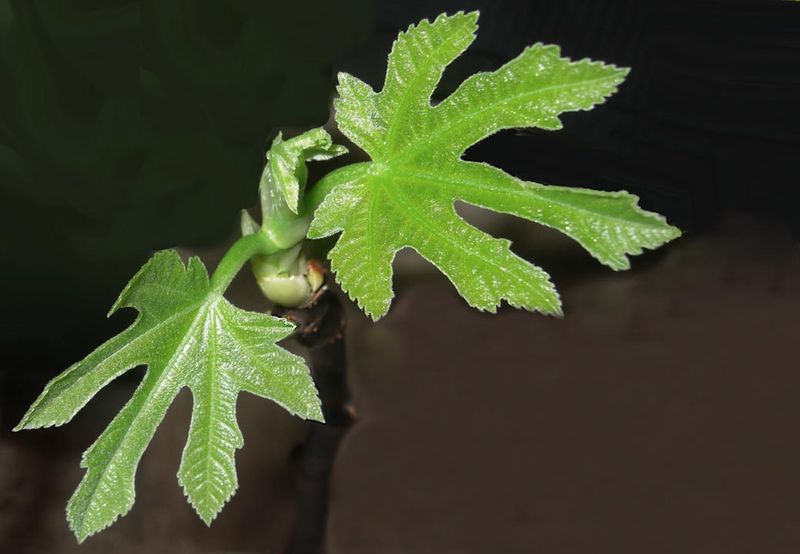 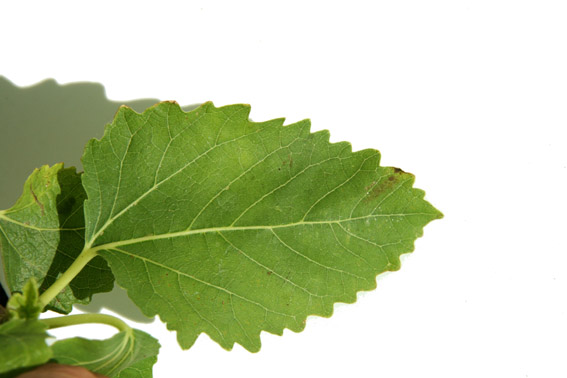 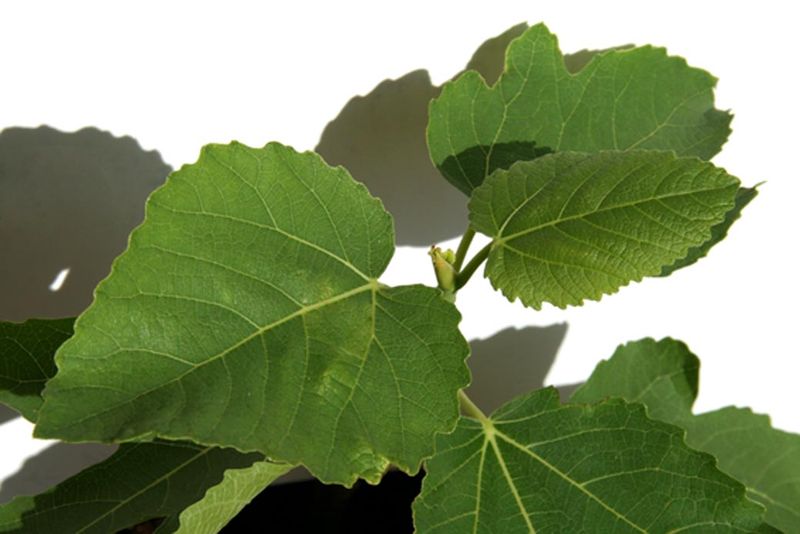 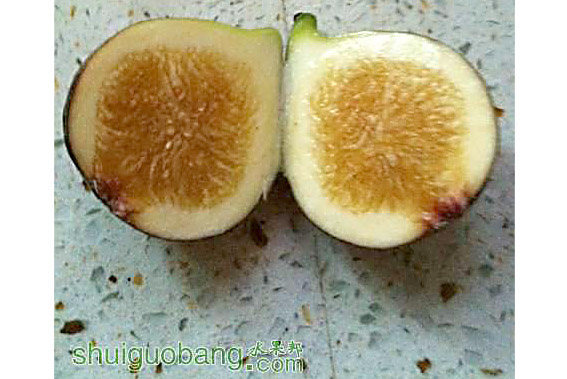 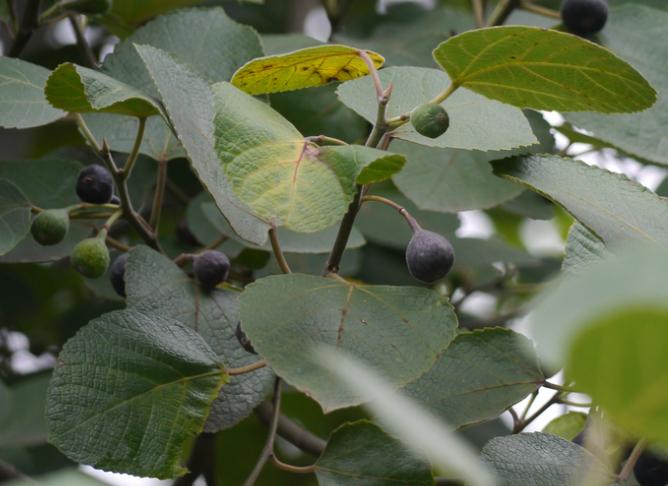 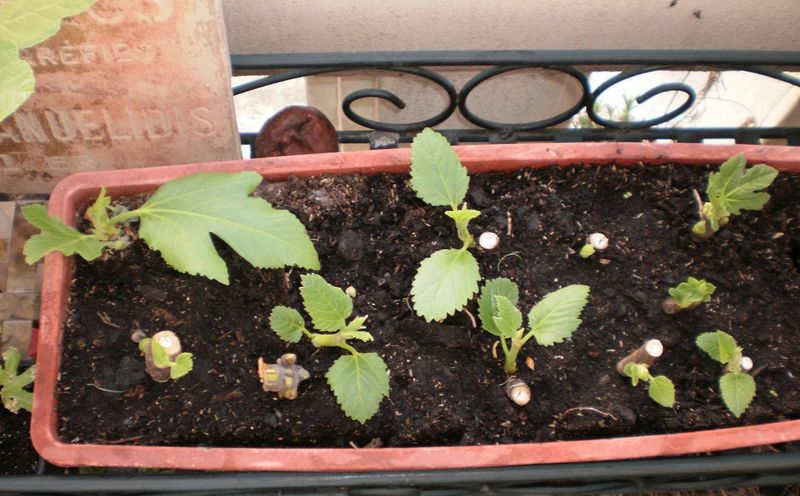 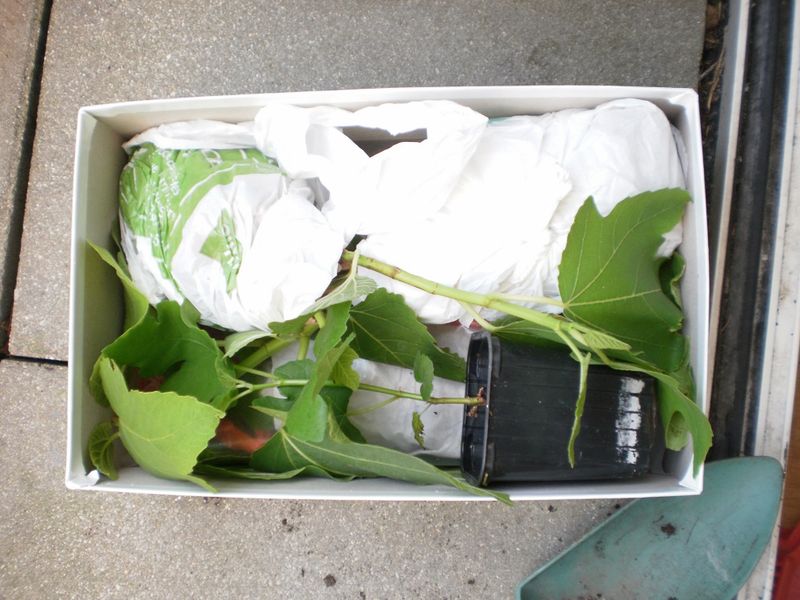 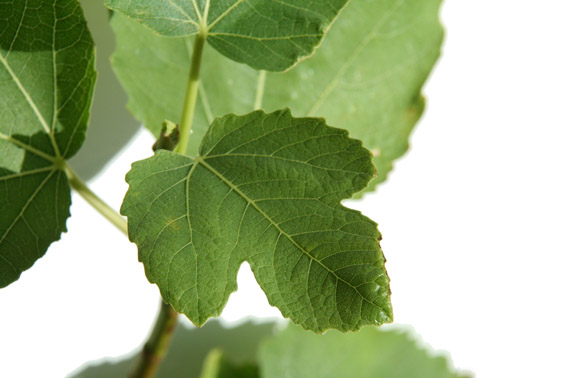 Mediterranean gardens and the visual civilization 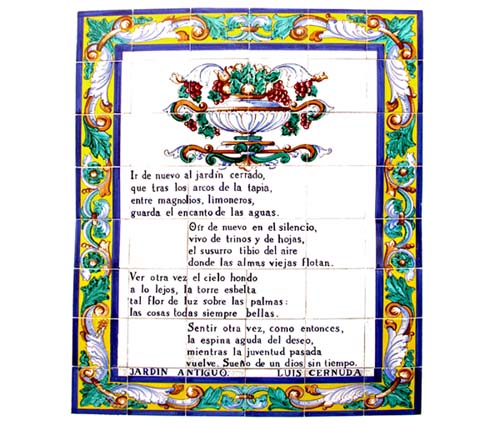 Erwin Panofsky1 supports the idea that the triumph of linear perspective in the Renaissance is not only based on a new understanding of space, but also on a responsible relationship of man and the world.
Hence the grotesque interpretations of the history of gardens :
- Before the Renaissance, primitivs gardens were enclosed within walls afterwards they were open to the landscape (which is of course is incorrect concerning our Mediterranean gardens, one has only to see where Pliny places his Villa Laurentine2 or Abd-ar-Rahman III3 places the Medina al Sahra: before stunning panoramas)
- The French garden and its straight lines expresses the rigidity of absolute power while the English garden with all of its curves expresses the democratic debate (yet classical gardens are as architectural one as another. Lenôtre used curved lines as do the Anglo-Chinese gardens - both express the same thing : a stage, a show, a vision) 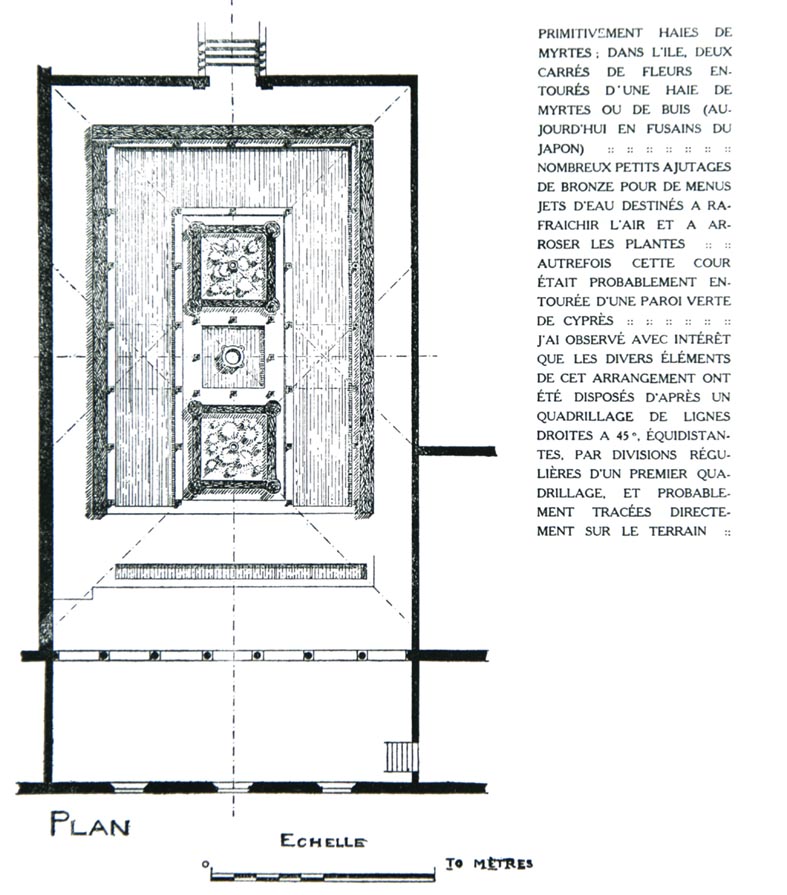 It is true that gardens can be divided into two worlds:
the world of visual civilizations with a tradition of theatre (first theatre, then painters, now screens) as opposed to that of civilizations without theatre, mainly the Mediterranean and Middle Eastern civilizations excluding the Greco-Roman and post-renaissance gardens.
But it is impossible to argue that the gardens of the visual civilization are an improvement, or even an enrichment of the gardens-to-live-in that historically preceded them.
On the contrary, I think it is a tragic loss, and a considerable atrophy.

The period from 1480 to 1550 is the turning point.
In Spain it is the height of the Nasrid garden – the last living Mediterranean gardens - simultaneously in Italy the use of perspective spreads through architectural drawing (The “Città ideale”4 by Francesco di Giorgio Martini or Fra Carnevale, 51477 and 1480 in Urbino, the city where the Cardinal Bibienas produces the first modern comedy6 in 1513 against a backdrop of a city in perspective).
Alberti wrote in De Re Aedificatoria  :"The house must be above the garden to see from a dominant opening onto broad perspectives". 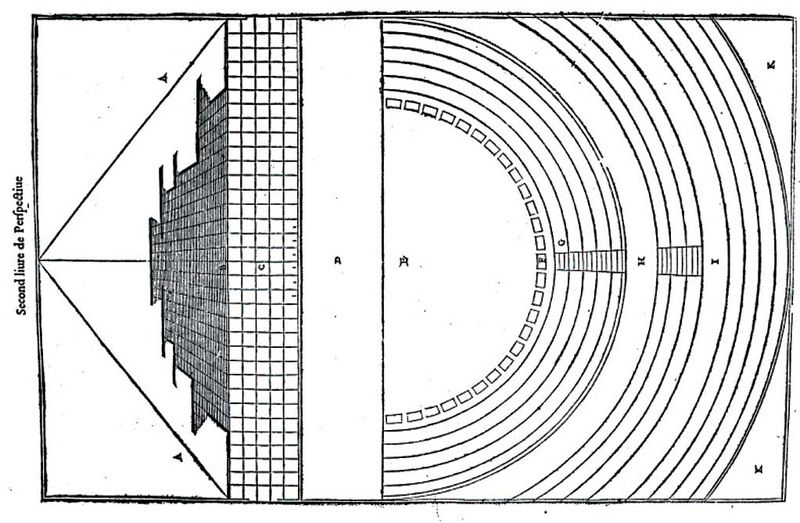 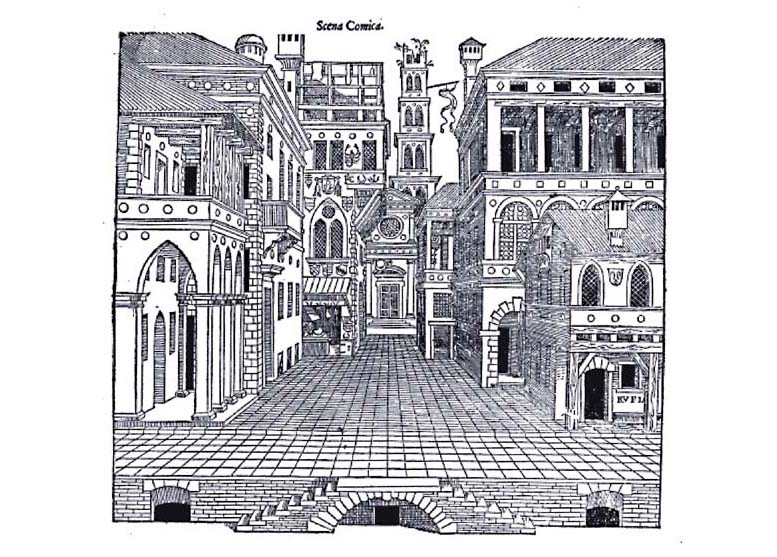 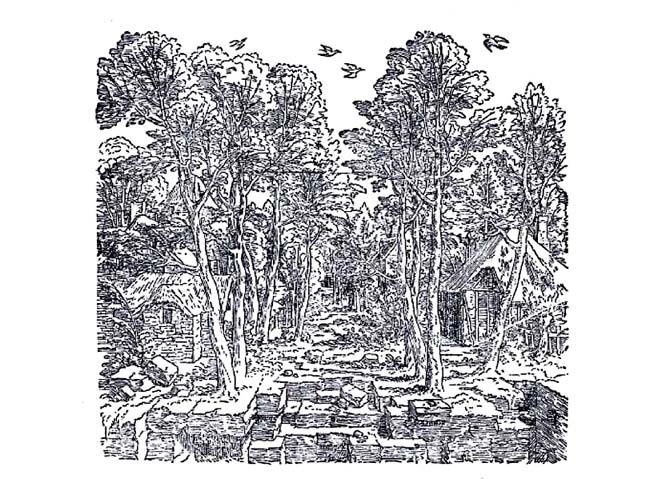 In the same decade Sebastiano Serlio built the first modern theater, the first permanent theatre was built in Paris and the "Giardini delle meraviglie" at the Villa d'Este (Tivoli) was created with its theatrical decor, fountains and large hydraulic machinery.
In 1580 the Theatro Olimpico (which expresses the ideas of Serlio) precedes by 20 years the first opera "Euridice" by Jacopo Peri.
Compared to antiquity the Renaissance has extremely powerful means of communication.
In Regensburg in1530, Albrecht Altdorfer engraves landscapes in Parma : copper engraving enables multiple and accurate duplication.
Very quickly gardens drawn from above in perspective are seen by many. 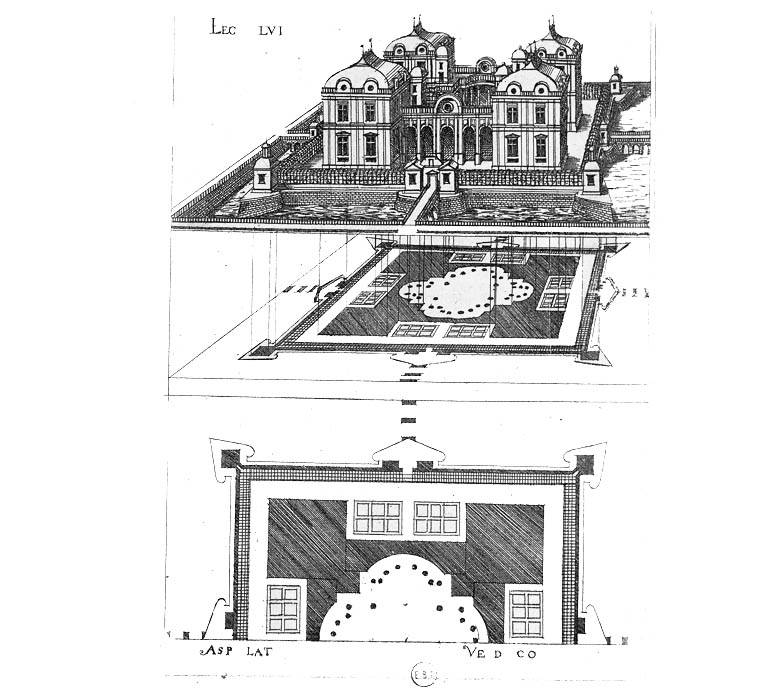 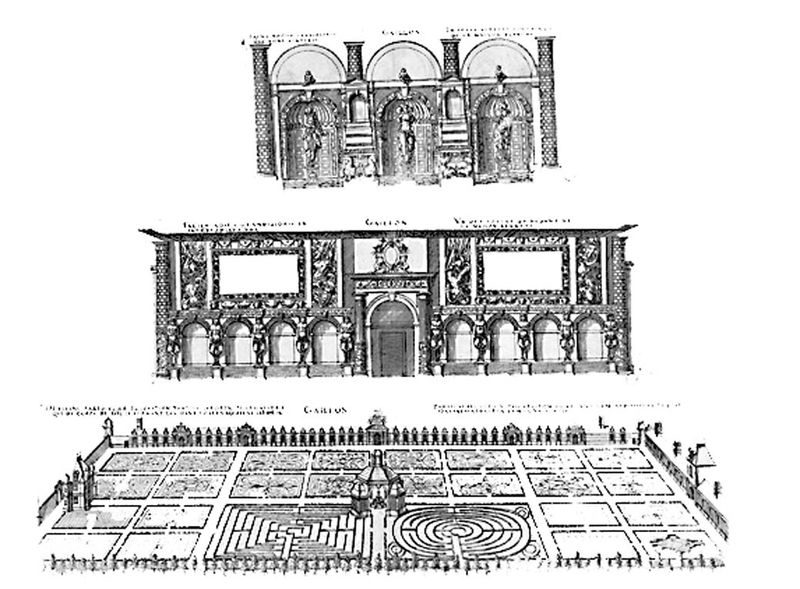 Androuet du Cerceau spreadsgarden views from above and in perspective throughout Europe.

In 1572 Catherine de Medicis commissioned Androuet du Cerceau to make a book of aerial views of the most beautiful gardens in France, ... in 1630 in Amsterdam Hercules Seghers makes "aquatint" colored engravings.
Unlike Greco-Roman antiquity, the change in the way we see the world with a vanishing point owes its success to the efficiency of the means of communication available.

It will be the same at the beginning of the XIX century 1790-1815.
The invention of typography by Thomas Bewick, and mass lithography by Aloys Senefelder will spread the romantic vision of gardens and lead to Blaise Hamlet’s country cottage garden and the first gardening magazine in 1841 ("The Gardeners Chronicle" by Joseph Paxton), itself a vector of British watercolorist iconography.
From then on the garden becomes a reproduction of an picture or the realization of a stage decor to be seen as a picture. 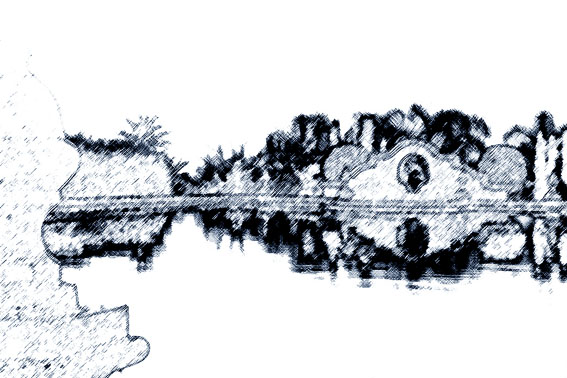 The Iberian Peninsula, is the last stronghold where the Mediterranean garden is still alive.
These gardens born during the Neolithic period in the Middle East, are gardens of domesticated plants chosen for their fruit, medical or nutritional qualities or fragrance, without nostalgia for "nature".
Their sensuality and their vocation to be inhabited – living spaces - is reinforced by the Islamic ban on images.
They express a vision of the world completely opposite to that of the visual civilization.
Not by ignorance of the mechanism of vision, such as the principle of a central region with high information density and the main concepts of optics.
The principle of light travelling in straight lines are well described in works by Ibn al-Haytham – Alhazen (10th century)7. 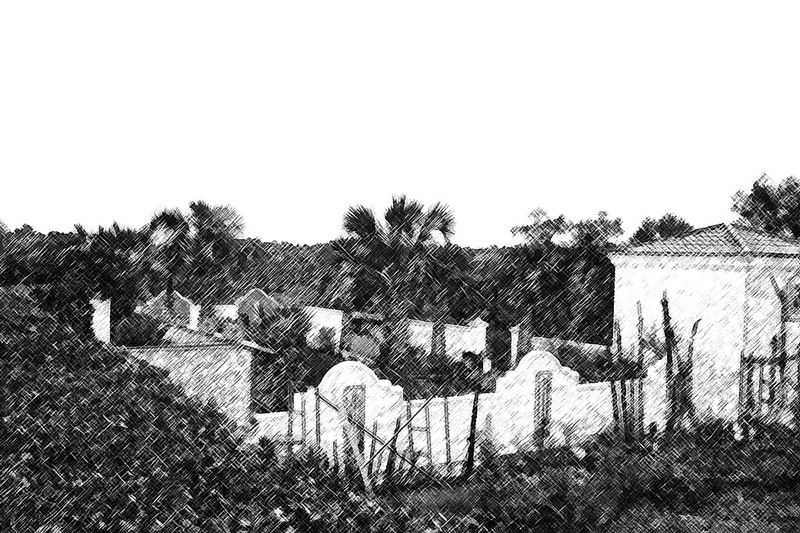 In these gardens the notion of center and symetry are omnipresent, never the vanishing point; the center is never anything other than the center of a defined and limited space.
Yet these gardens which represent a way of life will remain alive for a long time in the Iberian Peninsula and not because of a lack of ressources as during the Rennaissance this area had the largest concentration of wealth. 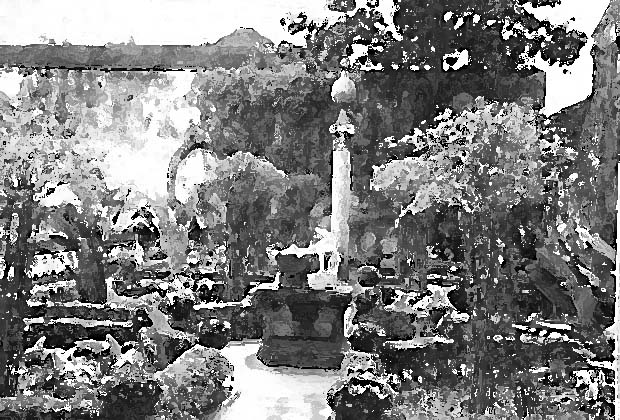 In this regard the Casa de Pilatos8 in Seville, which uses all the renaissance architectural vocabulary is fascinating by its refusal to transpose into its gardens the slightest vanishing point.
They are purely Andalusian gardens, purely centered, without perspective.
Carmen Añon 9 notes that the first operas given in the peninsula were incredibly late: 1755 in Lisbon, 1764 in Madrid at the Buen Retiro, and it is true that the “visual” theatre garden is an outright import mainly due to the arrival of the Bourbons in Spain10.
Despite the power of the media in the theatre civilization in 1859 in the “Manual Completo de Jardinería” Miguel Colmeiro opposes fashionable gardens or "landscapes" (largely inspired by the “Bon jardinier” that described new decorative trees) with "symmetrical" gardens. 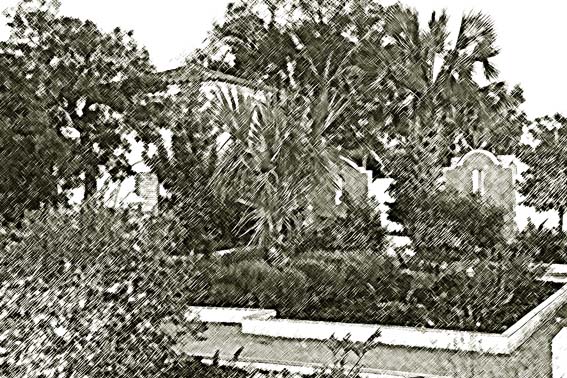 What do we lose when gardens-to-live-in are transformed into gardens to be seen (or to be photographed)?

- First we lose all senses other than sight, we lose fragrances (ex. the introduction of boxwood for drawing hedges and embroidery, a smelly plant used to replace fragrant myrtle).
We lose music - the pleasure of birdsong as in Arabic poetry or the trickle of water that becomes a deafening noise with the jets of modern showy fountains.
We lose the tastes - a Persian r1 paradise was full of fruit trees with branches laden with fruit ready to hand, and soothing shade (shaded benches)

- Secondly we lose domesticated plants adapted to local environments in favour of decorative plants.
Lawns (uniformly green spaces) are unheard of in Mediterranean gardens and will take on an increasingly evocative function - a purely scenic role.
The garden becomes a curiosity cabinet or a garden to be shown and seen. 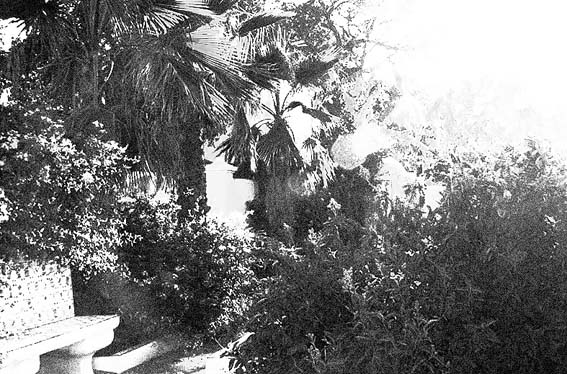 - Thirdly we lose the spatial vision of the garden, an aerial view of a garden is the first step in the elimination of vertical elements.
A garden planned on paper, viewed from above is the death of verticals, yet they play a huge role in movement of shadows, in the very life of the planted area.
A way of living is lost.
The garden is dismissed as being “what we see out the window”, “what we see from the balcony”.
While a Mediterranean garden was the very center of the house.
Where we meet each other, the place where we like to be.
We lose at the same time the symetry of alignment and the sense of balance and serenity that goes with it.

- Finally we lose all the practical dimension of gardens-to-live-in: masonry walkways which are always clean, easy access and maintenance, gardens to enjoy throughout the year, all of their domesticated aspects.
There is a sense of a tragic death of a way of life when we follow the history of Mediterranean gardens successively populated, by statues when they are copied in northern Italy, then with useless plants.
The poor captive orange trees are arranged to be seen as a carpet in Versailles and finally the gardens end up as an excuse to paint with Monet, as painting with plants with Gertrude Jekyll, and then just painted garden by Majorelle. 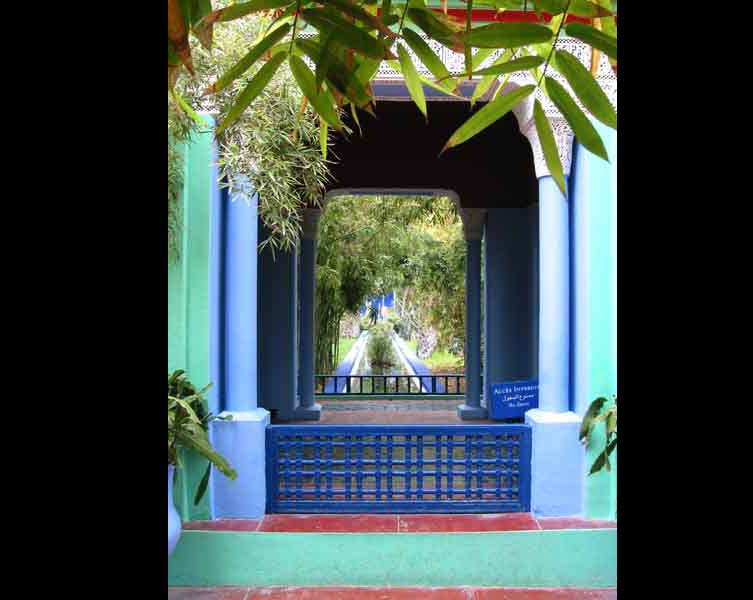 It seems important to understand that the history of Mediterranean gardens decays in contact with the incompatible visual civilisation. 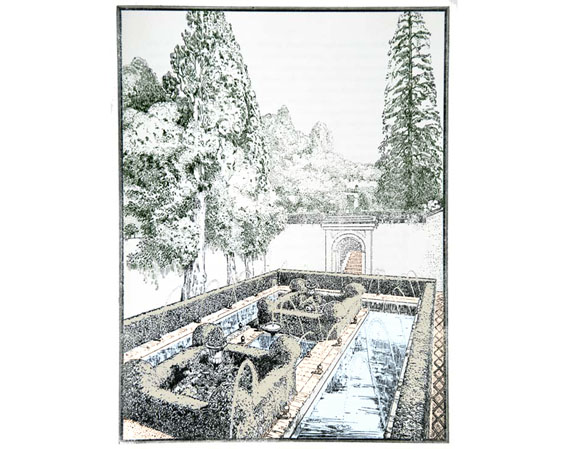 Le Forestier responsible for their rebirth remains fundamentally a visual person, an illustrator, even if he knows the plants and the vocabulary of gardens-to-live-in.
We have yet to reclaim all of the intimate and sensual dimensions of our southern gardens. 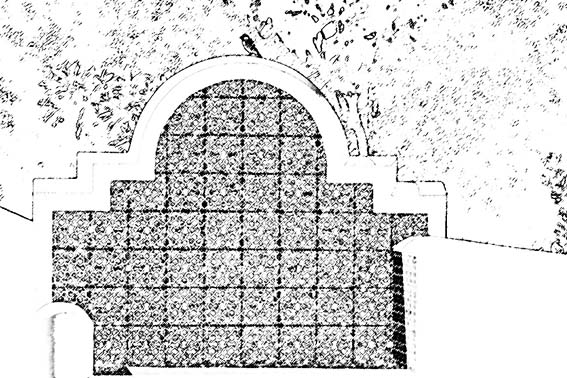